Check out the concert now!

With piercing blue eyes and standing tall at 6’ 6” it’s impossible to miss Brett Young. The former college pitcher and avid songwriter uses his competitive edge to create music that critics, radio, and fans cannot stop raving about. “A solid winner” (Music Row), Brett has spent many late nights in the recording studio strumming chords and perfecting lyrics that encompass his “Caliville” sound – the world between Brett’s SoCal roots and Music City coming-of-age. This can be heard on his self-titled album from BMLG Records available for pre-order on January 13, 2017, and everywhere on February 10, 2017. Produced by Dann Huff, Brett is credited on 11 of the 12 tracks establishing himself as an accomplished songwriter.

Twenty-one year old, multi-faceted artist Danielle Bradbery steps out and into her own with new leading track, “Sway” from her forthcoming project, due later this year. “Sway” marks a new sound for Bradbery that infuses her pop, R&B, soul and country influences and is penned herself with co-writers Johan Fransson and Emily Weisband. This will be the first project where Bradbery has gotten to play a role in writing her songs, allowing her to find her own voice and share her own story. In addition to releasing “Sway,” Bradbery is nominated for Performance of the Year at the 2017 CMT Music Awards for her performance of “Close” with Thomas Rhett and Nick Jonas on CMT Crossroads.

The Texas-native got her start as the winner of Season 4 of NBC’s The Voice, where she found success with her singles “The Heart of Dixie” and “Young in America” off her self-titled album on Big Machine Records. She appeared on Thomas Rhett’s “Playing With Fire” off his album Tangled Up (Deluxe) and has made appearances on Blake Shelton’s Ten Times Crazier Tour as well as touring with well-known country superstar Brad Paisley on his Beat This Winter Tour, Thomas Rhett & Brett Eldredge on CMT’s Suits and Boots Tour, Scotty McCreery on his See You Tonight Tour and Hunter Hayes on his We’re Not Invisible Tour.

With his towering height and powerful voice, Bryan Mayer is making a BIG impact on the country music scene. From right here in Eastern North Carolina, Mayer is a singer/songwriter whose live acoustical performances are extremely popular in the North Carolina and South Carolina music scene. He performs his own original music as well as a wide range of covers. Bryan’s “This is Me”, was a Top 100 on Nashville’s prestigious Music Row Charts. He has shared the stage with such nationally known acts as Marshall Tucker Band, Molly Hatchett, and Blackfoot.

Thank you to our Kick-Off Concert Sponsors

Thank You to Our Title Sponsor 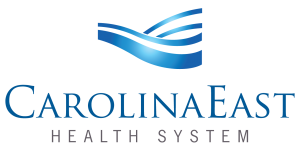 MumFeast! is brought to you by Swiss Bear, Inc. in partnership with the city of New Bern.